Wanneroo Junior Football Club announced in 2019 that it would commence the promotion and support of giving the opportunity for our year 9 players to head off in the name of football to Melbourne on a “Footy Trip”. 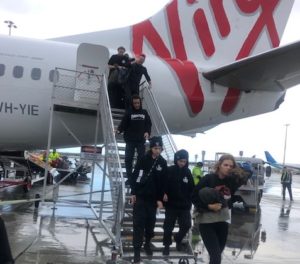 During the two-week break in July the team departed from the Wanneroo Showgrounds at 3.45am on a coach headed to the airport, all players and parents in a “Roos on Tour” t-shirts and hoodies and black and white team coloured trackies. Loaded onto Virgin and 3.5 hours later we hit Melbourne, the home of our great game…AFL.

Our hotel was conveniently located near Marvel stadium and close to trams (as is always in Melbourne). Once checked in we headed to the MCG where we were booked in for a tour. We got to see the changerooms, where players prepare, coaches boxes, media rooms, you name it, we wee there. The only thing we couldn’t do was go on the grounds as it had been sprayed with a chemical.

After a few hours there and some lunch it was across the road to the enemy…… Collingwood!!! The guys at the pies were welcoming show us all through their facility from the altitude training room to getting Premiership Cup out to hold (not 2018) which one of the guys “SWIFTY” pointed out with great delight. 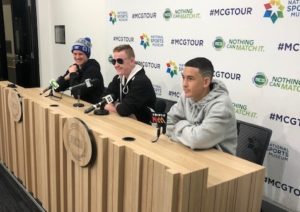 From there it was dinner time and we ran through the rain to the local pizza bar for some well earnt refreshments and tucker.

Day two – We booked in for a team-building exercise, indoor rock climbing. It was great to see the guys helping each other and working in partnerships providing plenty of encouragement and laughter before we hit marvel to watch North Melbourne v Essendon. Full crowd and atmosphere to boot.

It was then decided for dinner to head into Carlton to a restaurant that was highly recommended for larger groups and plenty of warm pasta. Getting there was a interesting with several trams and what seemed to be a 10km hike. During dinner we had a rule that all mobile phones were stacked in the middle of the table, so the team had to interface with one another, most were accepting of this rule…. Most! 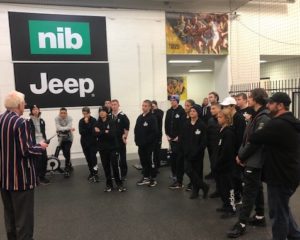 On the way back to the hotel we (parents) challenged the boys by telling them they had to get us back and we would simply follow and see where we ended up. Hats off, they got us back in no time and no walking either, teamwork was on a high.

Day 3 – saw a big breakfast, some downtime at the DFO for some shopping then off to the MCG to see Richmond Play GWS. The stadium looked empty even though there were 80,000 spectators. We found our seats and hit the pie shop ordering 25 pies, 25 buckets of chips and 25 drinks the lads were set for a good game.

Being our last night we had a meal at a local restaurant near the hotel. During the meal we held our own presentation event which involved gimmick’s from the $2 shop and red dot ranging from Dummies for those who spat it, plastic high heel shoes for a couple who took forever shoe shopping, a Collingwood badge for Swifty and some fake money for the ones who called home for an account top up.

Retiring to the hotel, waking up on day four, bags packed and heading home. Arriving in Perth with all the players flaked out from exhaustion we jumped on another coach to be delivered to parents waiting at the showgrounds.

All in all, the trip was a success as we had put two separate teams together and this helped them bond with each other and this showed on the field. We are now seeing the next year’s year 9 group fundraising to get their opportunity to create their memories. WJFC will support this for as long as the players want to go and are prepared to put in some effort to get there.

It should be noted that the players all received 1/3 of funds from the club. To earn this they were rostered on to help set up grounds, pack up grounds, assist in AUS- kick and clean change rooms at the end of the games on Sunday. Another 1/3 from fundraising and 1/3 paid by parents. 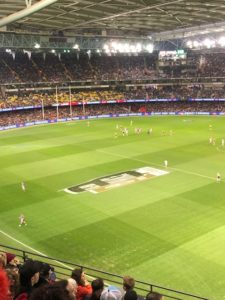 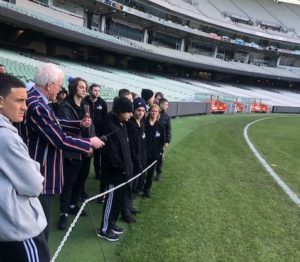 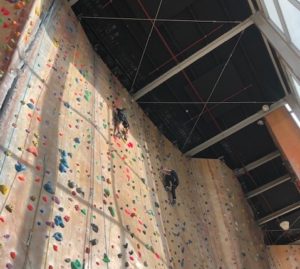